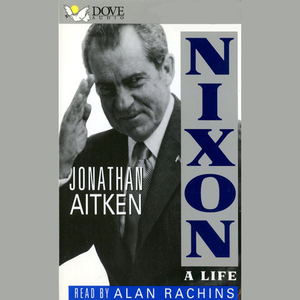 Audiobook Summary:Nixon - loathed or admired, the name recalls one of the most extraordinary political survivors in American history. Author Jonathan Aitken interviewed the legendary politician and was granted unprecedented access to his private documents to root out answers to many questions. Why didn't he burn the Watergate tapes? What were his relationships with John F. Kennedy, Dwight Eisenhower, and Henry Kissinger? How did he recover after resigning the presidency in 1974? A major work of political biography, Nixon: A Life chronicles the incredible journey of a man from failed candidate to holder of the most powerful office in the world to disgraced president to rehabilitated elder statesman - a life that was nothing short of remarkable.