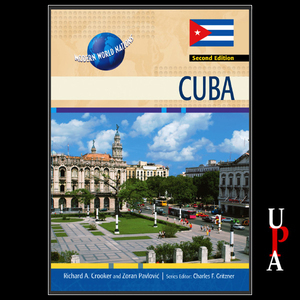 Written By: Richard A. CrookerZoran Pavlovic

Audiobook Summary: Since Fidel Castro staged a coup and assumed power in Cuba in 1959, the United States has been obsessed with this small island nation, only 90 miles south of the Florida Keys. America's fixation on Cuba has only grown due to the large waves of Cuban immigrants and Castro's larger-than-life persona. But because of the country's isolation, the island and its people have remained a mystery. Cuba is among the most literate countries in Latin America, with a literacy rate of 99.8 percent. Its health-care system compares favorably with those in developed nations, and life expectancy ranks third in the Americas, behind only Canada and Chile, and ahead of the United States. In 2006, Castro transferred power to his brother, Raul, who has promised to remove some of the restrictions that have limited the average Cuban's daily life. This revised edition of Cuba takes listeners through the country's storied history, its people, and what the future holds for this island nation. It offers a solid introduction to the subject. The book is published by Chelsea House Publishers, a leading publisher of educational material.