Media: Where Do We Go from Here? (2009): Los Angeles Times Festival of Books 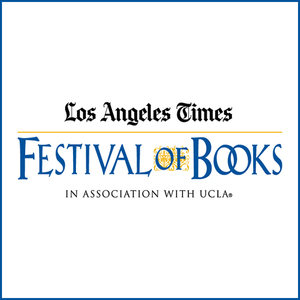 Audiobook Summary:The Los Angeles Times Festival of Books began in 1996 with a simple goal: to bring together the people who create books with the people who love to read them. The festival was an immediate success and has become the largest and most prestigious book festival in the country, attracting more than 130,000 book lovers each year. James Rainey has covered government, politics, and the media for nearly three decades. He has been a reporter and editor for more than 20 years at the Los Angeles Times , where his "On the Media" column appears Wednesdays and Fridays. Marc Cooper has covered politics and culture around the world for three decades. His memoir Pinochet and Me was a Los Angeles Times best seller. The Last Honest Place in America: Paradise and Perdition in the New Las Vegas is his newest book. Andrew Donohue is co-executive editor of voiceofsandiego.org, where he oversees news coverage and works on long-term investigative projects. Most recently, his reporting on a dysfunctional affordable housing program won the national Society of Professional Journalists' Sigma Delta Chi award for investigative reporting online. Arianna Huffington is the co-founder and editor-in-chief of the Huffington Post , a nationally syndicated columnist and author of many books including the best seller Right Is Wrong . Her latest book is The Huffington Post Complete Guide to Blogging . Sharon Waxman covered Hollywood and other cultural news for the New York Times and is the author of Loot: The Battle over the Stolen Treasures of the Ancient World . She is the founder and editor-in-chief of TheWrap.com.