Lightning Out of Lebanon: Hezbollah Terrorists on American Soil 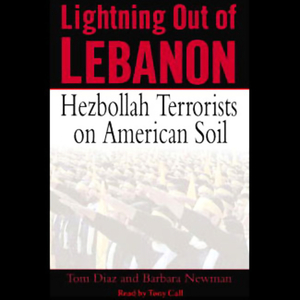 Audiobook Summary:Before September 11, 2001, one terrorist group had killed more Americans than any other: Hezbollah, the "Party of God". Today it remains potentially more dangerous than even al Qaeda. Yet little has been known about its inner workings, past successes, and future plans: until now. Written by an accomplished journalist and a law-enforcement expert, Lightning Out of Lebanon is a chilling and essential addition to our understanding of the external and internal threats to America. Formed in Lebanon by Iranian Revolutionary Guards in 1982, Hezbollah is fueled by hatred of Israel and the United States. Its 1983 truck-bomb attack against the U.S. Marine barracks in Beirut killed 241 soldiers and caused President Reagan to withdraw all troops from Lebanon. Using their exclusive sources in the Middle East and inside the U.S. counterterrorism establishment, the authors of Lightning Out of Lebanon imagine the deadly future of Hezbollah and posit how best to combat the group that top American counterintelligence officials and Senator Bob Graham, vice-chairman of the Senate Intelligence Committee, have called "the A Team of terrorism".