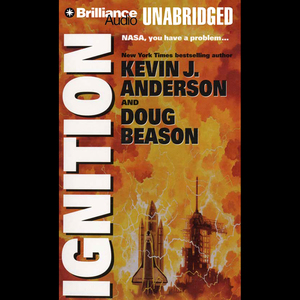 Audiobook Summary:The launch of the space shuttle Atlantis will make history. Another triumph for the space program, and a political coup: a Russian cosmonaut is scheduled to perform the first spacewalk from an American unit. The checkout fail-safes are all go. The mission is proceeding like clockwork. The team of American and Russian astronauts are strapped in, the mission specialists in Houston see no hitches. No one knows the real danger. For as millions of viewers tune in to watch the countdown, there's nothing to indicate that what they're seeing is a prerecorded show. Terrorists have taken over Launch Control at Cape Canaveral and are threatening to blow up the Atlantis in less than three hours unless their demands are met. Only Colonel "Iceberg" Friese, the mission's former commander, out with a broken foot, knows about the danger to his crew. Unknown to anyone, he's sneaked into the restricted zone. And now it's up to him to stop the clock before the countdown reaches...ignition.