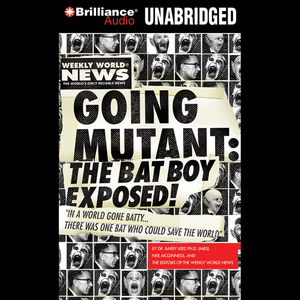 Audiobook Summary: The Weekly World News team uncovers the definitive and faux-tastic story of Bat Boy, from his hardscrabble origins in the caves of West Virginia to his global influence in the 21st century. Going Mutant reveals how Bat Boy has heeded a call to service that has embarrassed less forthcoming mutants. During the Gulf War, he deployed with the Special Forces. In the Bush years, he earned a special commendation from the government for his use of sonar, which led troops to the spider hole housing Saddam Hussein. And now, Bat Boy joins forces with an unlikely crew of soldiers, scientists, and swamp mamas to battle a global pandemic that threatens to destroy our planet. This is an intimate look at the half bat/half boy, who has until now been shrouded in mystery (despite countless sightings and a megahit musical). Here, Bat Boy's life is illuminated through a series of public and private documents obtained by the equally mysterious Dr. Barry Leed of the University of Indianapolis and through Weekly World News clippings. All this information comes together in this new Bitingsroman that reveals an archetypal American trickster who has risen from his lowly origins to become America's favorite freedom fighter. 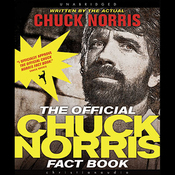