Gentlemen of the Road (Unabridged) 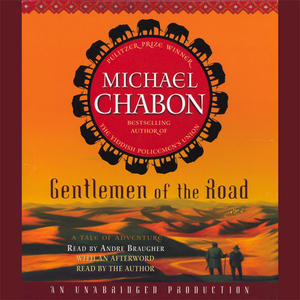 Audiobook Summary:They're an odd pair, to be sure: pale, rail-thin, black-clad Zelikman, a moody, itinerant physician fond of jaunty headgear, and ex-soldier Amram, a gray-haired giant of a man as quick with a razor-tongued witticism as he is with a sharpened battle-ax. Brothers under the skin, comrades in arms, they make their rootless way through the Caucasus Mountains, circa A.D. 950, living as they please and surviving however they can ? as blades and thieves for hire and as practiced bamboozlers, cheerfully separating the gullible from their money. No strangers to tight scrapes and close shaves, they've left many a fist shaking in their dust, tasted their share of enemy steel, and made good any number of hasty exits under hostile circumstances. None of which has necessarily prepared them to be dragooned into service as escorts and defenders to a prince of the Khazar Empire. Usurped by his brutal uncle, the callow and decidedly ill-tempered young royal burns to reclaim his rightful throne. But doing so will demand wicked cunning, outrageous daring, and foolhardy bravado...not to mention an army. Zelikman and Amram can at least supply the former. But are these gentlemen of the road prepared to become generals in a full-scale revolution? The only certainty is that getting there, along a path paved with warriors and whores, evil emperors and extraordinary elephants, secrets, swordplay, and such stuff as the grandest adventures are made of, will be much more than half the fun. 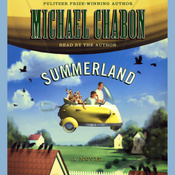 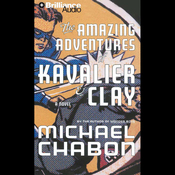 The Amazing Adventures of Kavalier & Clay 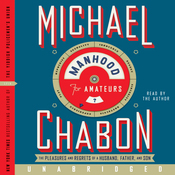