Frankenstein or, The Modern Prometheus (Unabridged)

Audiobook Summary:The novel begins with an explorer, Robert Walton, spotting an enormous creature speeding across a frozen shore, and then meeting the monster's creator, a melancholy scientist named Frankenstein. Dr. Frankenstein tells Walton the horrifying tale of his ambitious experiment in electrical reanimation, which resulted in a large, terrifying, unhappy creation. Spurned in his attempts at human intimacy, Frankenstein's monster becomes uncontrollable and unrepentant, forcing the scientist to set him free and send him into the unsuspecting world. More than a classic tale of terror, Frankenstein also deals with profound psychological issues, including the dangers of technology and whether scientists have the right try to play God. To supplement this reading of Frankenstein , listen to The SparkNotes Guide to Frankenstein. 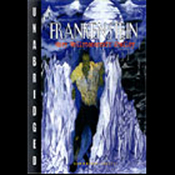 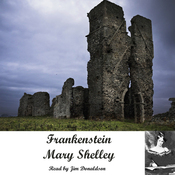