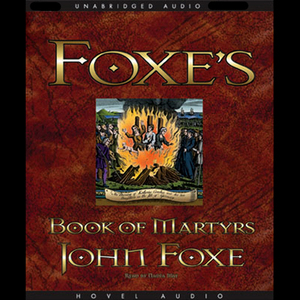 Audiobook Summary:Beginning with the story of Stephen from the book of Acts, considered the first Christian martyr, the drama builds to the passion of the early Church's persecution under the Roman Empire. The hardy and radical faith of those first believers spawned medieval missionary movements that spread the gospel across Europe and into England, Scotland, and Ireland. As the story continues, it places a significant emphasis on the sufferings of the early Protestants during the Reformation. As a vicar in the Church of England, author John Foxe strongly identified with the Protestant sects throughout Europe, and his loyalty to their cause comes through in his descriptions of many early clashes between Catholic and Protestant believers. Listeners are given an opportunity to experience the storytelling that incited several wars between Catholic and Protestant forces. The political and personal passion of the Reformation continues with the stories of the French Protestants during and after the French Revolution. 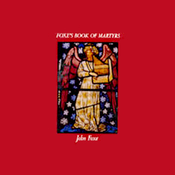 Foxe's Christian Martyrs of the World