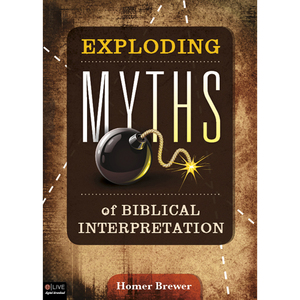 Audiobook Summary: Sin is something people do, not a part of our genes. Do you believe in the Second Coming of Jesus? Do you believe in a third coming of Jesus? If you have been brainwashed by the many books and movies which present a semi-science fiction interpretation of Revelation, then you must believe Jesus is coming again, not one more time, but two more times. Exploding Myths of Biblical Interpretation attempts to remove the confusion surrounding the Rapture.Through straightforward logic and the intense study of philosophy, Brewer challenges these concepts and many others: Original Sin What happens to the body at death Who God's Chosen People really are Explore these and other ideas and challenge yourself and your spirituality in a way that will lead to irrefutable conclusions and peace of mind. In a world where myths and fairy tales abound, Homer Brewer brings a voice of reason and works at Exploding Myths of Biblical Interpretation .