Early History of the Airplane (Unabridged) 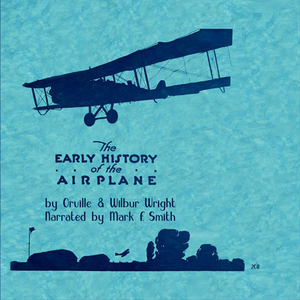 Audiobook Summary: Only two people were in a position to experience all the events leading up to the first flight of a viable airplane, and here in three short essays they report how it came about.The idea of powered flight was so new that there were not even accepted methods of measuring the forces at play on a machine in-flight. The Wright brothers had to develop their own testing methods and conduct experimentation before they finally began to design something theoretically capable of the feat. Most vexing of all was the problem of control - how to conduct a controlled turn when the forces are unbalanced. Without boring you with calculations they explain how they tested different wing shapes and control vanes and then verified them in hundreds of flights in a glider. Finally, in December, 1903, they achieved their milestone: "the flight lasted only 12 seconds, but it was nevertheless the first flight in the history of the world in which a machine carrying a man had raised itself by its own power into the air in full flight, had sailed forward without reduction of speed, and had finally landed at a point as high as that from which it started."