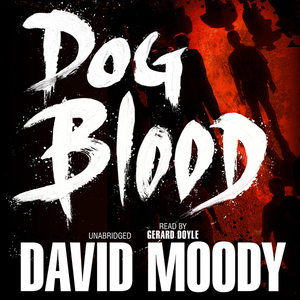 Audiobook Summary: On the heels of Patient Zero and Pride and Prejudice with Zombies comes this electrifying sequel to Hater , in which humanity fights itself to the death against a backdrop of ultimate apocalyptic destruction. The Earth has been torn apart. Everyone is either human or Hater, victim or killer. Major cities have become vast refugee camps where human survivors cower together in fear. Amidst this indiscriminate fighting and killing, Danny McCoyne is on a mission to find his daughter, Ellis. Free of inhibitions, unrestricted by memories of the previous world, and driven by instinct, children are pure Haters and might well be the deciding factor in the future of the Hater race. But as McCoyne makes his way into the heart of human territory, an incident on the battlefield sets in place an unexpected chain of events, forcing him to question everything he believes he knows about the new order that has arisen and about the dynamic of the Hate itself. David Moody grew up in Birmingham on a diet of horror and pulp science-fiction books and movies. He worked for financial institutions before giving up the day job to write about the end of the world for a living. He has written a number of horror novels, including Autumn , which has been downloaded more than half a million times since publication in 2001. He lives in the United Kingdom with his wife and a houseful of daughters and stepdaughters, which may explain his preoccupation with Armageddon. 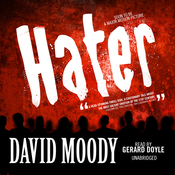