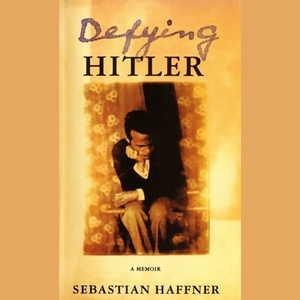 Audiobook Summary:When the famous German author Sebastian Haffner died at the age of 91 in 1999, a manuscript was discovered among his unpublished papers. The book was begun in 1939, but with the advent of World War II, Haffner had set it aside. His family made the decision to publish it, and the book became a best seller in Germany in 2002. Spanning the period from 1907 to 1933, it offers a unique perspective on how the average educated German grappled with the rise of Hitler, the growing influence of Nazism, and a rapidly changing society. Haffner's astute and compelling eyewitness accounts provide a broad overview of a country in a constant state of flux. He examines the pervasive influence of groups such as the Free Corps and the Hitler Youth movement that swept the nation. His own family's financial struggles illustrate the disaster that befell many of Germany's citizens during the apocalyptic year of 1923 when inflation devastated the country. The later peaceful but dangerously uninspiring Stresemann years contributed still further to Hitler's rise to power. This is an invaluable chronicling of day-to-day changes in attitudes, beliefs, politics, and prejudices. A major best seller in Germany now available for the first time in English, Defying Hitler is an illuminating portrait of a time, a place, and a people.