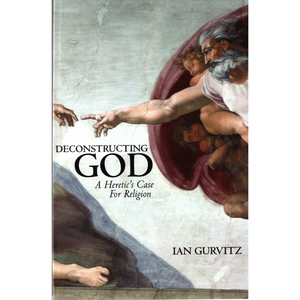 Audiobook Summary: Deconstructing God makes a case for an understanding of religion that transcends the conventional categories in which one is either a believer, atheist, or agnostic by focusing on mysticism as the experiential core of religion. The book makes the case that this paradigm we've inherited in Western culture has left us stuck in a series of false arguments about the subject of religion: Whether there is or isn't "a God", the religion vs. science "debate", the faith vs. reason "debate". We bat these discussions back and forth under the illusion that we're engaged in a meaningful dialogue about reilgion, when all the while there is a more subtle understanding of the phenomenon, in the form of a very human, earthly psychological experience that, while generally referred to as "mystical", is only a mystery in the sense that it has been obscured by our false understanding and lack of proper education. It is an experience that is at the root of every religious tradition, both Eastern and Western.