D-Day: The Battle for Normandy (Unabridged) 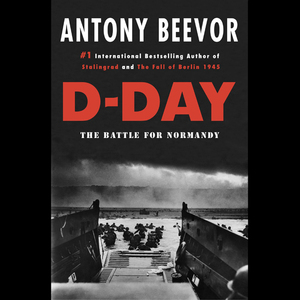 Audiobook Summary:From critically acclaimed world historian Antony Beevor, this is the first major account in more than 20 years to cover the whole invasion, from June 6, 1944, right up to the liberation of Paris on August 25. It is the first book to describe not only the experiences of the American, British, Canadian, and German soldiers, but also the terrible suffering of the French caught up in the fighting. More French civilians were killed by Allied bombing and shelling than British civilians were by the Luftwaffe. The Allied fleet attempted by far the largest amphibious assault ever, and what followed was a battle as savage as anything seen on the Eastern Front. Casualties mounted on both sides, as did the tensions between the principal commanders. Even the joys of liberation had their darker side. The war in northern France marked not just a generation, but the whole of the postwar world, profoundly influencing relations between America and Europe. Beevor draws upon his research in more than 30 archives in six countries, going back to original accounts, interviews conducted by combat historians just after the action, and many diaries and letters donated to museums and archives in recent years. D-Day will surely be hailed as the consummate account of the Normandy invasion and the ferocious offensive that led to the liberation of Paris. 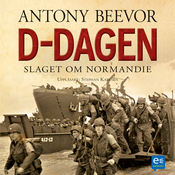