Climatopolis: How Our Cities Will Thrive in the Hotter Future (Unabridged) 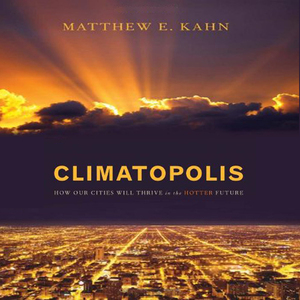 Audiobook Summary: We have released the genie from the bottle: climate change is coming, and there's no stopping it. The question, according to Matthew Kahn, is not how were going to avoid a hotter future but how were going to adapt to it. In Climatopolis , Kahn, one of the worlds foremost experts on the economics of the environment, argues that cities and regions will adapt to rising temperatures over time, slowly transforming our everyday lives as we change our behaviors and our surroundings. Taking the reader on a tour of the world's cities from New York to Beijing to Mumbai - Kahn's clear-eyed, engaging, and optimistic message presents a positive yet realistic picture of what our urban future will look like.