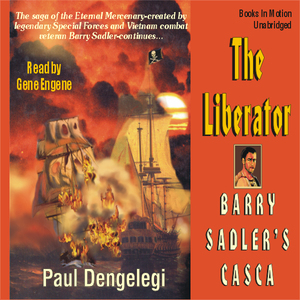 Audiobook Summary:This is audiobook #23 in the Casca Series. Cursed by Christ on Golgotha, condemned to outlive the ages, and wander the globe as a constant soldier. Forever fighting, surviving and waiting for Him to return. When pirates sink the merchant ship he's traveling on, Casca becomes trapped within the wreckage and dragged to the bottom of the Atlantic, where his immortal curse continues to keep him alive even as he drowns. Years later, he is rescued by African fishermen who believe Casca to be their legendary god of the sea returning to liberate their village from the tyranny of a madman. Feeling indebted to the villagers for rescuing him, the Eternal Mercenary prepares to confront the insane despot. 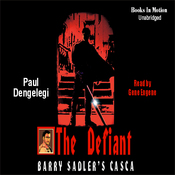