Bristol boyz Stomp: The Night that Divided a Town 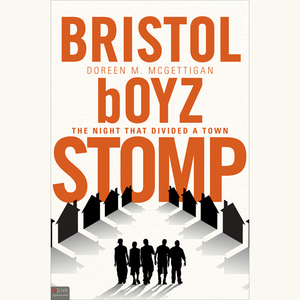 Audiobook Summary: The media was there in full force. Our court advocates warned us we were going to hear graphic details of David's injuries. I was prepared; I wanted and needed to know every detail of that night.In the small town of Bristol, Pennsylvania, where everyone knows everyone and all is seen and heard, a heinous murder cannot go unpunished - or can it? When David Albert and two of his bandmates are attacked at random one night, David is beaten, suffering severe brain damage, and left for dead in the middle of a driveway. David's family spent seventy-two hours in the intensive care unit watching him slip away and trying to figure out exactly what happened that night. Struggling through politics and protocol, David's family attempts to fight for justice for the soft-spoken gentle giant with a great musical talent. When two men are finally charged with conspiracy and third-degree murder, the family is unsatisfied, continuing to believe there is more to the story. As years pass without more convictions and politics continuing to work against them, David's family remains heartbroken, still struggling but devoted to finding justice. Join David's sister Doreen McGettigan in Bristol boyz Stomp as she takes you on a journey, navigating through the justice system, learning to deal with media, and facing the grieving process. A painfully gripping, honest detail that will leave you wanting to hug everyone you love and forever... looking in the rearview mirror.