Breakthrough: The Return of Hope to the Middle East (Unabridged) 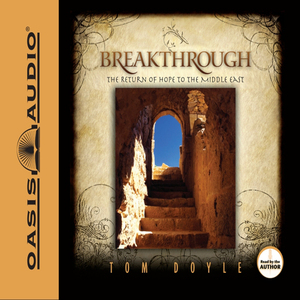 Audiobook Summary:Hate, killing, tension, and violence fill reports from the Middle East. But there is another story - a Breakthrough . Tom Doyle, who has a passion for both Muslims and Jews, travels to the Middle East frequently. He reports that in recent years amazing numbers of people in this war-torn region - Muslims and Jews alike - have come to Christ. In this audio book, you will hear the breathtaking firsthand accounts of what God is doing. You will meet: Hamsa - a man who drove a tank in Saddam Hussein's army in the Gulf War - has since accepted Christ - and today is a pastor in Baghdad. Farah - an Iraqi whose husband and three children were accidentally shot and killed by an American soldier at a checkpoint. By meeting another Christian woman with a similar story who had become a believer, eventually Farah gave her life to Christ as well. Rachel - an Orthodox Jew from Jerusalem - who at a low point in her life met some messianic believers. Though it has cost Rachel her relationship with her family, she has embraced Jesus in her own life. Rachel now practices hospitality by inviting both Jews and Arabs into her home for dinner and fellowship. These stories, and many more like them, will encourage you that because of Christ, hope is returning to the Middle East. And they will help you to pray more effectively for the Muslim world and all of the Middle East. 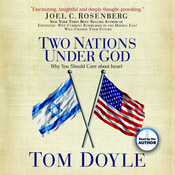