Born in Africa: The Quest for the Origins of Human Life (Unabridged) 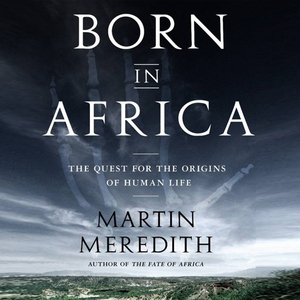 Audiobook Summary: Africa does not give up its secrets easily. Buried there lie answers about the origins of humankind. After a century of investigation, scientists have transformed our understanding about the beginnings of human life. But vital clues still remain hidden. In Born in Africa , Martin Meredith follows the trail of discoveries about human origins made by scientists over the last hundred years, recounting their intense rivalry, personal feuds, and fierce controversies, as well as their feats of skill and endurance. The results have been momentous. Scientists have identified more than 20 species of extinct humans. They have firmly established Africa as the birthplace not only of humankind but also of modern humans. They have revealed how early technology, language ability, and artistic endeavour all originated in Africa; and they have shown how small groups of Africans spread out from Africa in an exodus 60,000 years ago to populate the rest of the world. We have all inherited an African past.