Bonk: The Curious Coupling of Science and Sex (Unabridged)

Audiobook Summary:The study of sexual physiology - what happens, and why, and how to make it happen better - has been a paying career or a diverting sideline for scientists as far-ranging as Leonardo da Vinci and James Watson. The research has taken place behind the closed doors of laboratories, brothels, MRI centers, pig farms, sex-toy R&D labs, and Alfred Kinsey's attic. Mary Roach, "The funniest science writer in the country" (Burkhard Bilger of The New Yorker ), devoted the past two years to stepping behind those doors. Can a person think herself to orgasm? Can a dead man get an erection? Is vaginal orgasm a myth? Why doesn't Viagra help women - or, for that matter, pandas? In Bonk , Roach shows us how and why sexual arousal and orgasm - two of the most complex, delightful, and amazing scientific phenomena on earth - can be so hard to achieve and what science is doing to slowly make the bedroom a more satisfying place. 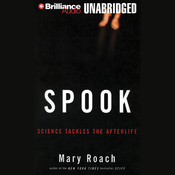 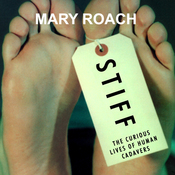 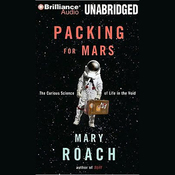