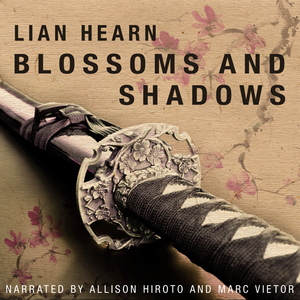 Audiobook Summary: Hear it before you can read it: Blossoms and Shadows is available in audio in advance of its print release. Japan, 1857. For centuries, Japan has been on its own; isolated by choice from the rest of the world. But the Western powers are now at its shores, demanding to be let in; the government is crumbling, and revolution is building. The age of the samurai is ending and in its place a new Japan will be born. A young woman is readying herself for marriage in this, the most tumultuous period of her nation's history. The daughter of a doctor, Tsuru has been working alongside him and learning the ways of medicine all her life. When her father allows her to marry the man she loves, a fellow doctor, she believes her life will be all she's dreamed it could be: happily married, working amongst men as an equal. But Japanese society does not work this way. The men of the times - boys she's known since childhood - are determined to expel the foreigners, using violence and whatever else they need to make their message heard. The women are expected to be hidden at home, or behind the paper walls of the tea houses. Tsuru is far too able to accept this, and she is drawn into a shadowy world of subversion, political intrigue, and a dangerous love. In time, she is working on the battlefields, alongside men, to care for the wounded. Blossoms and Shadows is a compelling tale of love and war, women and men, and the rise of modern Japan. It shines a brilliant light on a time in history that few have known about until now, though the change it brought continues to ripple around the world. 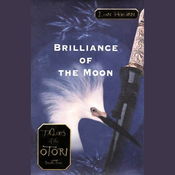 Brilliance of the Moon 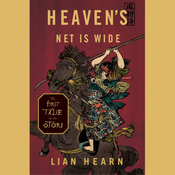 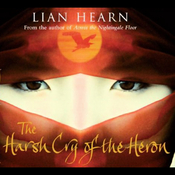 Harsh Cry of the Heron 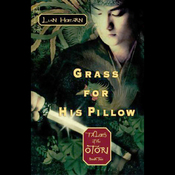 Grass for His Pillow 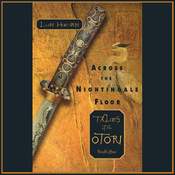 Across the Nightingale Floor