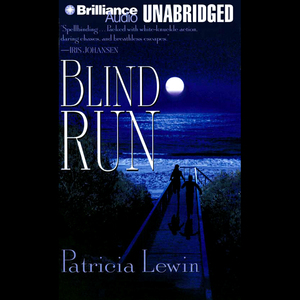 Audiobook Summary:In Blind Run , Patricia Lewin has written a breathless novel of unrelenting suspense and nerve-cracking tension that is also a gripping story of lost love, lost innocence, and a last chance at revenge. Ethan Decker is a specialized "Hunter" for the most secretive agency in the U.S. government, working deep undercover to track down and capture ruthless international mercenaries and fugitives. But when a daring mission takes a lethal turn, a renegade assassin kills Decker's son in retribution. Forced to leave his devastated, unsuspecting wife, Sydney, to save her from the madman's threats, Decker exiles himself in the New Mexican desert to live in a jail of his own guilt and grief. The day starts like any other in the desert: scorching, cloudless. But then, like a mirage, a car appears on the horizon. Inside is Anna Kelsey, a former member of Decker's covert team, a woman Decker presumed dead in the hell following that ill-fated mission three years ago. But she survived - and now she shepherds two children, entrusting them to Decker's protection. Before he can protest, Anna is screeching away in a cloud of dust. Now Decker is reeling from the sudden turn of events - and the shocking sight of Anna's body not far down the road from where she left his trailer and the kids. The Spanish coin under her tongue is a mark Decker hoped to never see again... the signature of the assassin Ramirez. Suddenly the race is on: to reach his ex-wife before Ramirez finds her, and to unlock the mystery behind these two children and why Anna died to give them refuge. But for Decker, Sydney's trust is not his to have any longer, and the children are pawns in a dark conspiracy so vast and so evil that even this former spy could not imagine the peril and terror that lies directly in his path. 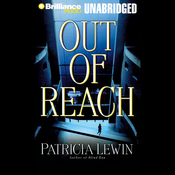