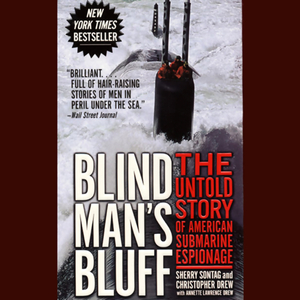 Audiobook Summary:No espionage missions have been kept more secret than those involving American submarines. Now Blind Man's Bluff shows for the first time how the Navy sent subs wired with self-destruct charges into the heart of Soviet seas to tap crucial underwater telephone cables. It unveils how the Navy's own negligence might have been responsible for the loss of the USS Scorpion , a submarine that disappeared, with all hands lost, 30 years ago. It tells the complete story of the audacious attempt to steal a Soviet submarine with the help of eccentric billionaire Howard Hughes, and how it was doomed from the start. And it reveals how the Navy used the comforting notion of deep-sea rescue vehicles to hide operations that were more James Bond than Jacques Cousteau.