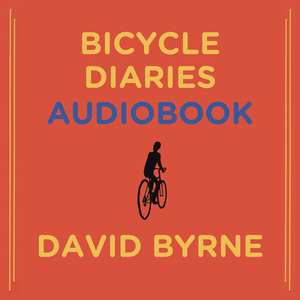 Audiobook Summary: Since the early 1980s David Byrne has used a bicycle as his primary form of transportation, both at home in New York City and while on tour throughout the world. Initially drawn to cycling by the convenience and sense of liberation it affords, Byrne found that it also provided him with a varied perspective on the world - faster than a walk, slower than a train, often slightly higher than a person. Byrne began keeping a journal of his observations and insights in every new town he rode through, viewing cities as physical manifestations of our deepest beliefs and often unconscious thoughts. Narrated by Byrne, the Bicycle Diaries audiobook presents these collected accounts alongside original music and location sounds to create an atmosphere more akin to a radio show than a simple reading of a book.