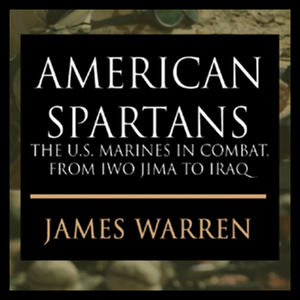 Written By: James A. Warren

Audiobook Summary:James A. Warren's battle-driven history shows how this elite culture has produced the best warriors in the country, through six decades, several open wars, and many smaller interventions. From their heroic performance in the Pacific War, against Japanese troops on god-forsaken islands, to their "tip-of-the-lance" leadership in key operations in the two Gulf Wars, the Marines have proven again and again that elite men with elite training are worth entire armies. This is the first modern history of the Marines in a generation and the first to show how battlefield performance has driven the Marines from the Cold War to the war on terror.