A Work in Progress: Triumphing Over Mental Illness 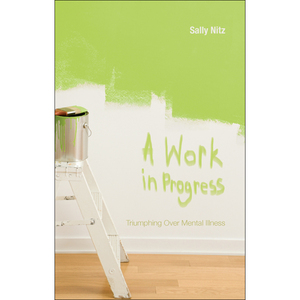 Audiobook Summary: Ever feel like the odds are against you and that you'll never overcome your problems? Sally Nitz, once felt that way. The victim of a 12-year battle with delusions, paranoia, and psychotic episodes, Sally learned the hard way that taking things step by step is the only way to overcome mental illness. After seemingly unending episodes in the hospital, which resulted in the loss of her beloved teaching career, Sally had hit bottom and despaired of ever having the semblance of a normal life. But slowly she learned not just to recover, but to thrive. Finding faith and a heart for others suffering like her, Sally embarked on a career as a hospital chaplain and discovered the joys of ministering to others. Through this experience, she is able to help those like her, and bravely tells her story here for all the world. Her testimony to God's powers of healing and deliverance shine through and will help anyone find the worth in being A Work in Progress .