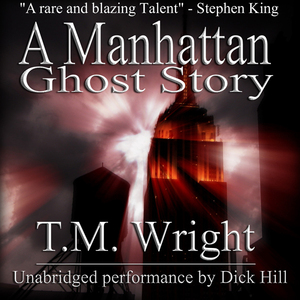 Audiobook Summary: Abner Cray, a photographer, comes to New York City to work on a new coffee table book about Manhattan. An old acquaintance has offered to let him use his apartment while in the city, and though the two never really got along, Abner accepts. In the apartment he finds that a woman named Phyllis Pellaprat is already in residence, and over a short period of time, Abner falls in love. But Phyllis has some strange habits - and there is something odd about her that he can't put his finger on. When Abner learns Phyllis's strange secret, he is drawn into another world, a world that threatens to cave in the walls of his own and those of his mind and sanity as well. An amazing, haunting tale.