A Long Way from Home: Growing Up in the American Heartland 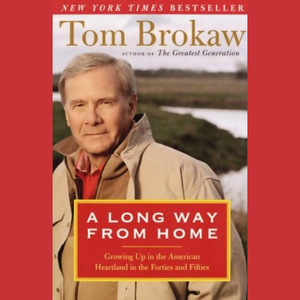 Audiobook Summary:In this beautiful collection of memories and reflections, Tom Brokaw speaks of growing up in the American heartland and of the people, the culture, and the values that have shaped his life. He describes his childhood and youth in South Dakota from 1940 to 1960 and his parents' early lives during the '20s and '30s. Brokaw also reflects on the American experience, as he has lived and observed it, during the central decades of the 20th century. Born near Bristol, South Dakota, in 1940, Tom loved to talk from an early age. His first public performance was at the age of four: "My father stood at the back of the hall and held up a silver dollar. If he could hear my every word, he said, I would get that silver dollar." After the war, the family moved to Pickstown, a new town built on the Missouri River to house workers constructing the Fort Randall Dam. The move to Pickstown became a pivotal decision in the Brokaws' lives, as the family began to live out the American dream of community, relative economic security, middle-class pleasures, and, for the Brokaw sons, a good education, American Legion baseball teams in the summer, and a boy's life outdoors. When Tom was 15, the Brokaws moved to Yankton, and there two events occurred that were to shape Tom Brokaw's life: To earn money after school, and influenced by his mother's daily devotion to the Today show with Dave Garroway and The Huntley-Brinckley Report , Brokaw got a job at the local radio station, spinning the new rock-n-roll records; and he met Meredith Auld, a classmate at Yankton High, who would eventually become his wife. As he describes his pilgrimage, Brokaw also reflects on what brought him and so many Americans to lead lives that are a long way from home, yet are forever affected by it. 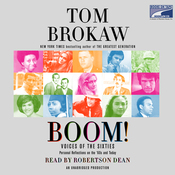 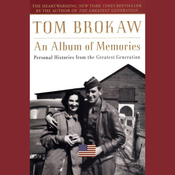 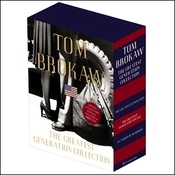 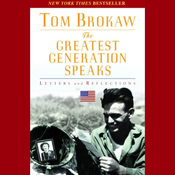 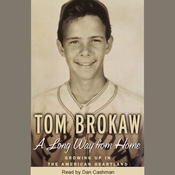 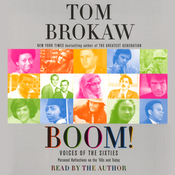