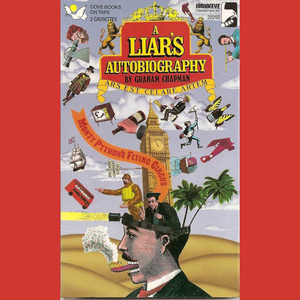 Audiobook Summary:Share the extremely bizarre life of Monty Python's Graham Chapman through this wildly adventurous and outrageously honest autobiography. Chapman candidly recalls his days as a member of the groundbreaking Monty Python troupe, when he teamed up with John Cleese, Eric Idle, Terry Gilliam, and Michael Palin to revolutionize British comedy. He also discusses less well-known areas of his life, including his career as an ear, nose, and throat surgeon and his struggles with drugs and alcohol. The story is a heady mixture of wild invention and outrageous honesty from a man who was a medical student, actor, alcoholic, heterosexual groupie, guzzler, and a homosexual coming to terms with himself.