A History of the Roman Republic, Volume 1 (Unabridged) 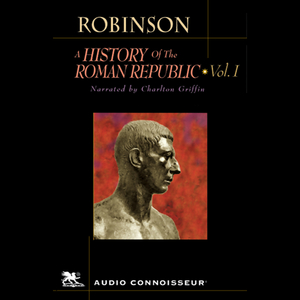 Audiobook Summary:The story of the Roman Republic is the greatest epic in human history. Seen in the long perspective of time, it seems too fantastic to be real. From its modest beginnings as a convenient fording place on the Tiber to its eventual destiny as the mistress of the Mediterranean, Rome offers a strange tale of fate, sacrifice, and indomitable willpower. The stern realities of war shaped its policies from the very beginning. And the dire emergencies Rome faced century after century meant that she was urged on by events that were usually beyond her power to control, drawing her deeper and deeper into the affairs of her neighbors and other nations. And throughout this chaos and bloodshed, Rome was ruled by a representative form of government which came to embody the ideals that Americans would embrace more than two thousand years later. But, although the legacy of Rome is seen in an essentially positive light today, the cruelty and harshness by which so many millions were debased by her rule is hard to forgive. A History of the Roman Republic is Cyril Robinson's masterpiece. The lucid, beautifully phrased prose of this magnificent work still thrills us today. After almost a century, there is still no serious rival to this amazing work of scholarship. Volume 1 begins in 2000 B.C. with the origin of the Latin people, their relationship to the other Italic tribes, and their long struggle to free themselves from Etruscan domination in the sixth century B.C. We follow as Rome conquers all of Italy by 250 B.C. and finally comes into conflict with the other great power of the Western Mediterranean, Carthage. After almost 50 years of warfare, Carthage and Hannibal are defeated and Rome emerges as the foremost power in the known world. Volume 1 comes to an end with Rome's reluctant entry into the Eastern Mediterranean and her contact with Hellenism in the mid-second century B.C.i??a contact that will change Rome completely. 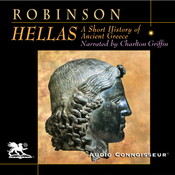 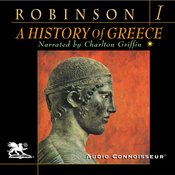 A History of Greece, Volume 1 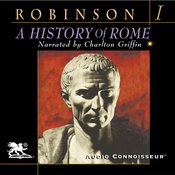 A History of Rome, Volume 1 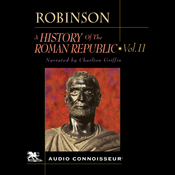 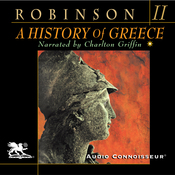 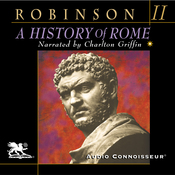