A Fractured Mind: My Life with Multiple Personality Disorder (Unabridged) 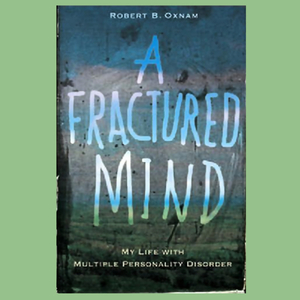 Written By: Robert B. Oxnam

Audiobook Summary:In 1989, Robert B. Oxnam, the successful China scholar and president of the Asia Society, faced up to what he thought was his biggest personal challenge: alcoholism. But this dependency masked a problem far more serious: Multiple Personality Disorder. At the peak of his professional career, after having led the Asia Society for nearly a decade, Oxnam was haunted by periodic blackouts and episodic rages. After his family and friends intervened, Oxnam received help from a psychiatrist, Dr. Jeffery Smith, and entered a rehab center. It wasn't until 1990, during a session with Dr. Smith, that the first of Oxnam's 11 alternate personalities, an angry young boy named Tommy, suddenly emerged. With Dr. Smith's help, Oxnam began the exhausting and fascinating process of uncovering his many personalities and the childhood trauma that caused his condition.