A Child of Fortune (Unabridged) 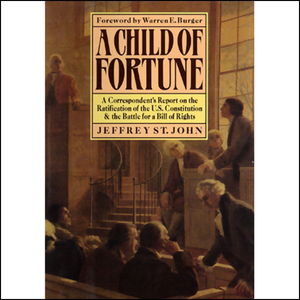 Audiobook Summary:With his simulated day-by-day reportage, prize-winning journalist-historian Jeffrey St. John makes you an eyewitness to the 1787-1788 political battle to ratify the U.S. Constitution. And what a battle it was! Listeners will discover how the Federalists sought to stamp the states into early ratification with violence and rigged elections; how close some Anti-Federalists came to opposing the new Constitution with armed force; how the Bill of Rights was born; and the price Federalists had to pay to save the new Constitution from certain defeat. Described here is Massachusetts Governor John Hancock's secret deal to deliver his state in return for support of his candidacy for the presidency; the Constitution's sanction of slavery and the delegate revolts it produced; Patrick Henry's challenge to a pistol duel at the Virginia convention; and how the soft-voiced James Madison defeated America's greatest orator. Vastly entertaining, based on documented and newly-available sources, this book is both a popular history and an important contribution to the study of the founding of the American Republic. U.S. Supreme Court former Chief Justice Warren Burger avers, "This book and its companion Constitutional Journal should be required reading to graduates from high school." 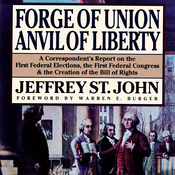 Forge of Union, Anvil of Liberty 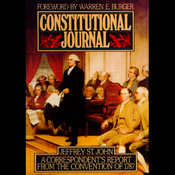