31 Days: The Crisis That Gave Us the Government We Have Today (Unabridged) 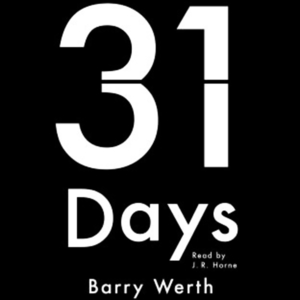 Audiobook Summary:In 31 Days , Barry Werth takes listeners inside the White House during the tumultuous days following Nixon's resignation and the swearing-in of America's "accidental president", Gerald Ford. The congressional hearings, Nixon's increasing paranoia, and, finally, the devastating revelations of the White House tapes had torn the country apart. Within the White House and the Republican Party, Nixon's resignation produced new fissures and battle lines, and new opportunities for political advancement. Ford had to reassure the nation and the world that he would attend to the pressing issues of the day, from resolving the legal questions surrounding Nixon's role in Watergate, to dealing with the wind down of the Vietnam War, the precarious state of detente with the Soviet Union, and the ongoing attempts to stabilize the Middle East. Within hours of Nixon's departure from Washington, Ford began the all-important task of forming an inner circle of trusted advisers. In richly detailed scenes, Werth describes the often vicious sparring among two mutually distrustful staffs, Nixon's and Ford's vice presidential holdovers, and a transition team that included Donald Rumsfeld (then Nixon's ambassador to NATO) and Rumsfeld's former deputy, the 33-year-old coolly efficient Richard Cheney. The first detailed account of the ruthless maneuvering and day-to-day politicking behind everything from the pardon of Nixon to why George H. W. Bush was passed over for the vice presidency, to the rise of a new cadre of Republican movers and shakers, 31 Days offers a compelling perspective on a fascinating but relatively unexamined period in American history and its impact on the present. 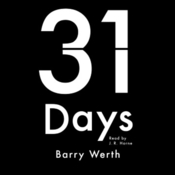